Online games sites made with Adobe Flash has become very popular. There are several agencys who specialize in the development of Flash games and in recent years have seen a big growth in relation to Flash games on social networks to examples of casual games that we found on Facebook and Orkut.

Adobe Flash offers a huge range of possibilities for game development and more recently with the new 3D API of Flash Player (codenamed Molehill), this has only increased and much freedom developers. See the list of statements with Molehill. 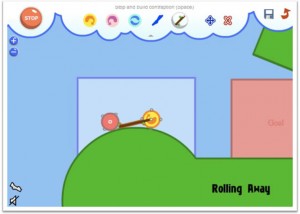 For some games it is essential to have a physical simulation (gravity, action and reaction, collisions, etc.), so-called physics engines, which are well known by staff who have already developed on other platforms for specific games. Some physics engines for Adobe Flash are:

You can also use some libraries or codes of games already developed and ported to Flash through the Adobe Alchemy, for those who do not know, Adobe Alchemy converts code in C / C + + to ActionScript 3.0. We have so much producing porting games to the Nintendo Wii to Flash.

I’ve always been a fan of games and since my first video game, a Master System, I always wanted to create games and now decided to create a website. To create a Flash game site, the company Mochi offers a choice between plugin for WordPress, Game Site Script, Arcadem Pro 2.8+, phpArcadeScript and AV Arcade. The company’s interesting is that the company also offers games and the ability to publish and you earn some money with your own game. My game is still in production and involves Flash and Flash Media Server for something more interactive and in real time. Soon be available on Mochi. Meanwhile, enjoy some of the more than 900 free online games made in Flash.