Getting Started with AIR for iOS 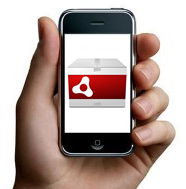 launched around 2007, was revolutionary in relation to user experience and of course it created a new niche market for application development. The App Store (online store where applications are available from Apple) has paid over 2 billion U.S. dollars to the developers and the arrival of the iPad

, this number is expected to grow much. So if you want to enter this niche market, you need to know what you need to build their applications to run on Apple’s mobile operating system, iOS (before the arrival of the iPad

OS), which run the iPhone

, so getting started with Adobe AIR for iOS. 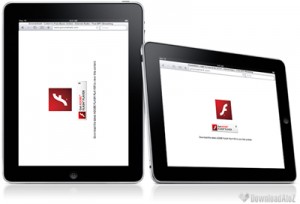 No Flash Player on iOS =õ(

Adobe has changed the way through to build your application could run in iOS. The mode JIT (Just in Time) for the AOT (Ahead-of-Time) allowing its application on Adobe AIR could be converted to a native application iOS.

LLVM is a modular, flexible compiler system that is widely used in a variety of projects. The main reason that Adobe chose LLVM is its flexibility and applicability to the development of iOS. LLVM is already used in the project Alchemy (Alchemy = C/C++ with ActionScript 3.0).

iOS applications created with Flash are supported on iOS 3.0 and higher.

Development Tools
Adobe Flash CS5 Professional – You can from Adobe Flash CS5 (with the Packager for iPhone installed), create your applications to the iOS (iPhone/iPad), we have a new profile called “AIR for iOS”, generating the file already with the size standard 320×480. So far there are no pre-programmed components to iOS and is not recommended to use the existing ones in Flash.

UPDATE
Now we have Flash Builder 4.5.1 with support for iOS, visit the blog of Holly Schinsky (Aka Devgirl) for complete details.